This is the prequel to the short story I wrote about my grandmother Tamae, who recently passed away aged 92.  This prequel is also based on true events. If you haven’t read the short story yet, I would recommend reading it before reading this prequel.

Ojiisan woke up to a chorus of chirping birds. Stepping outside, he noticed that the hazy mugginess of late summer had given way to an endless blue sky and a chilly crispness.

The satsumas should be ready to eat about now, he thought, as he walked to the fields. He was disappointed to find that all the fruits were still green. Wanting to be sure, he walked all the way to the end of the field to check on the trees that got the best sunlight. But none of the satsumas there had ripened either. Dismayed, he turned back, but not before he had managed to spot just one, pale yellow satsuma lit up by the early morning sun.

“I knew at least one would have changed colour,” Ojiisan muttered to himself, as he pulled the satsuma off the tree. Carefully placing it inside the breast pocket, the futokoro, of his kimono, he rushed back to the house, satisfied.

“Ojiisan, Ojiisan, where did you go?” He heard a lively voice as he stepped inside the hall.

His seven-year-old granddaughter Tamae bounced down the stairs, bursting with excitement about their trip to Osaka that day.

She was wearing a brand new dress that her aunt had bought her just the week before. The flower-patterned frock had a zip running down the back, which fashion-conscious Tamae thought was the height of sophistication. Needless to say, it had instantly become her favourite belonging. Tamae was always able to wear Western-style clothes thanks to gifts from her well-off aunt, and was envied by her friends who had nothing to wear but hand-me-down kimonos.

“It might still be a bit sour, but I’m sure you won’t mind since you love satsumas so much,” ojiisan whispered, reaching into his futokoro. He discretely handed Tamae a round, golden fruit. “You can eat it on the way to Osaka.”

As they lived on an isolated island without much produce, picking the first satsumas of the season was a source of great excitement. Every year, as soon as he spotted any fruits that had begun to ripen, Ojiisan couldn’t wait to give them to his beloved granddaughter Tamae. Seeing her happy face was his favourite thing in the world.

Tamae’s kimono-clad older brother Shiro appeared, looking disappointed. Tamae was the only one who would be going to Osaka with Ojiisan that day, and Shiro wished he was allowed to join them.

Tamae and ojiisan boarded a ship around midday, and arrived at the port of Onomichi late afternoon. They headed towards the station to catch the night train to Osaka. Tamae, who was about to see a train for the first time in her life, was even chattier than usual.

“Ojiisan, I can’t wait to get on the train,” she babbled, looking up at his face.

They had been waiting for a while on the crowded platform when a loud whistle could be heard in the distance. A steam engine slowly approached. It was spewing out sinister, pitch-black smoke and the long, snake-like train towered over her. Tamae’s heart was pounding. Overcome by fear, she started to run as fast as she could.

“Come on, time to get on,” Ojiisan looked behind him, ready to take Tamae’s hand, but nobody was there. Startled, he looked all around and caught a glimpse of her running away.

“Tama-chan, Tama-chan…,”Ojiisan shouted, struggling to catch up with her energetic pace. He began to worry that if they missed this train, they wouldn’t be on time to meet his daughter who was coming to Osaka station to pick them up.

“The train’s scary, I don’t want to get on,” Tamae whimpered. Ojiisan somehow managed to grab hold of her hand and jumped inside the nearest carriage. As soon as they got on, the steam engine made a loud clack and began to move, nearly knocking them both over. Terrified, Tamae began to tremble.

As they sat by a large window gazing at a crimson sunset, Tamae began to feel at ease. Now used to the steady motion of the train, she started to feel hungry and remembered the satsuma that Ojiisan had given her that morning.

“Ojiisan, can I eat the satsuma now?”

As the train wended its way through the mountainous countryside, a little girl in a pretty dress tucked into a juicy satsuma. 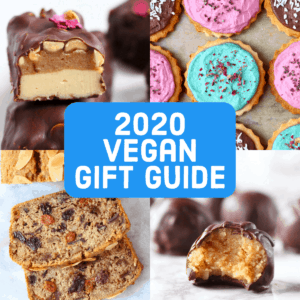