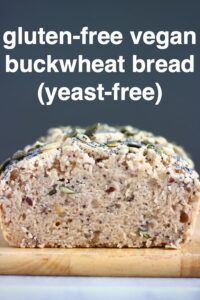 This Gluten-Free Vegan Seeded Buckwheat Bread is yeast-free and no-knead, oil-free and nut-free and so easy to make! 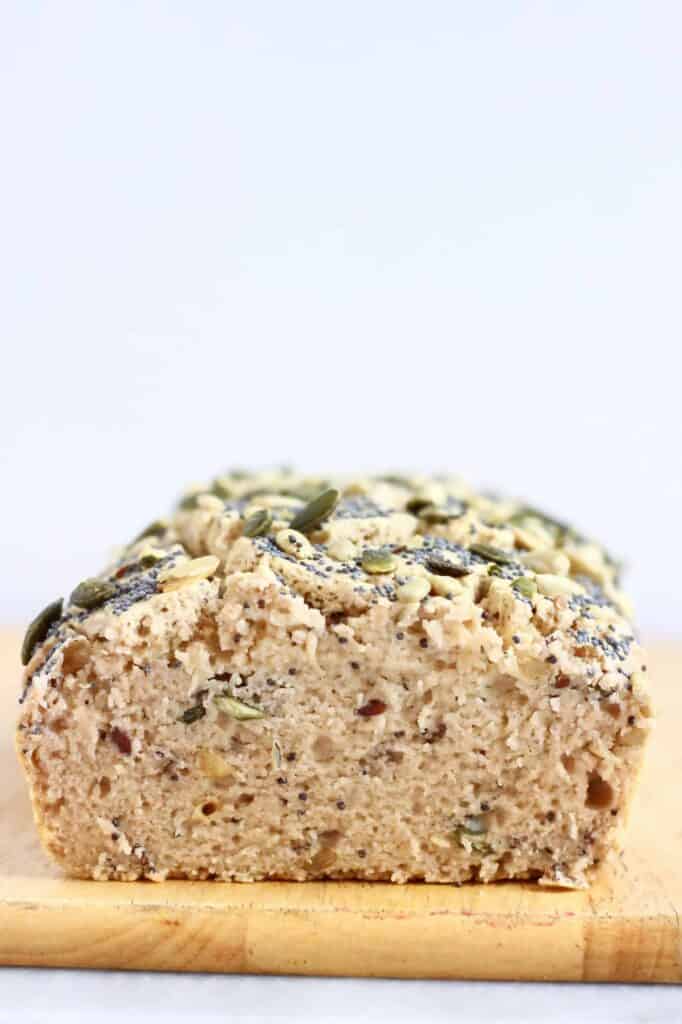 I’m so excited to be sharing another Gluten-Free Vegan Bread recipe! This one was inspired by my one using chickpea flour, but is made using buckwheat and filled with crunchy, nutty seeds. It’s definitely not hard, dry or crumbly, but instead soft and bendy with a crusty exterior.

This recipe came about when I tried making a grain-free bread recipe using a mixture of buckwheat flour and chickpea flour, but it turned out to be too heavy.

I then decided to substitute the chickpea flour with rice flour, but using half buckwheat flour and half rice flour still made the bread a little too heavy, both in terms of weight and texture. It was also a little dry and crumbly, and the buckwheat flavour was a bit overpowering for my liking.

So, I decided to use a smaller ratio of buckwheat flour to rice flour, which gives a milder flavour and creates a lighter texture. Adding a little tapioca flour adds sponginess and keeps the bread fluffy.

Important Tip: The flavour of this bread changes drastically depending on the type of buckwheat flour you use. Read on for more information!

What type of buckwheat flour should you use?

After experimenting with various different brands of buckwheat flour, I realised that using a good-quality organic buckwheat flour such as this one made all the difference. For some reason, the buckwheat flavour was less strong, making the bread taste much better!

Tip: Not all buckwheat flours are gluten-free, as some can be contaminated with gluten in the production process. So, if it’s necessary for you to be gluten-free, make sure the one you buy is certified gluten-free. 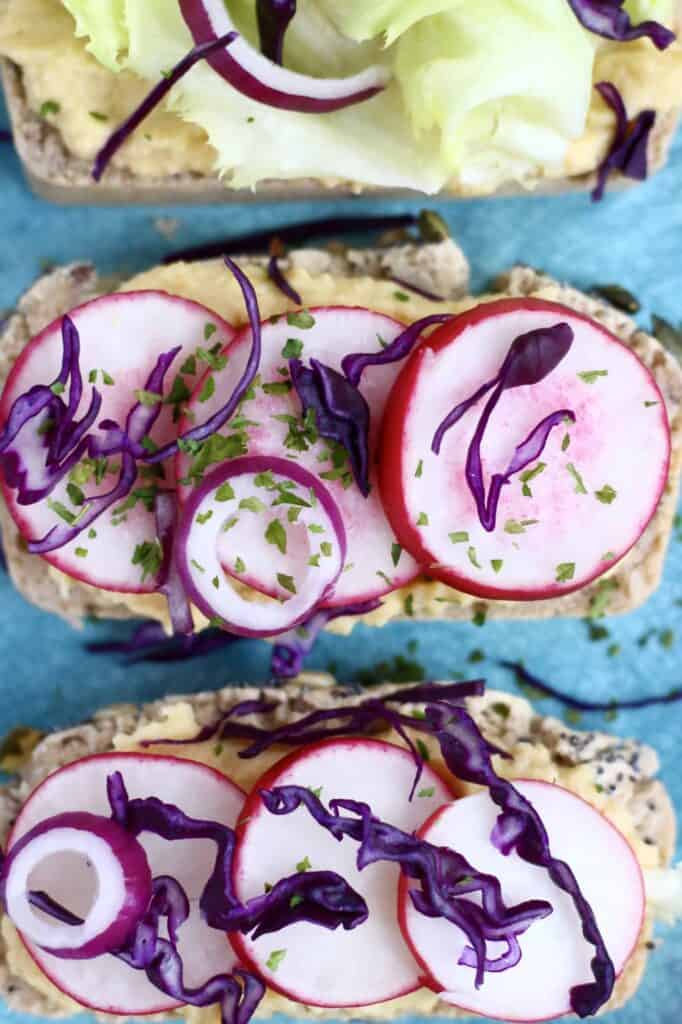 How to make this Gluten-Free Vegan Seeded Buckwheat Bread

measuring jug to measure out the plant-based milk and water. 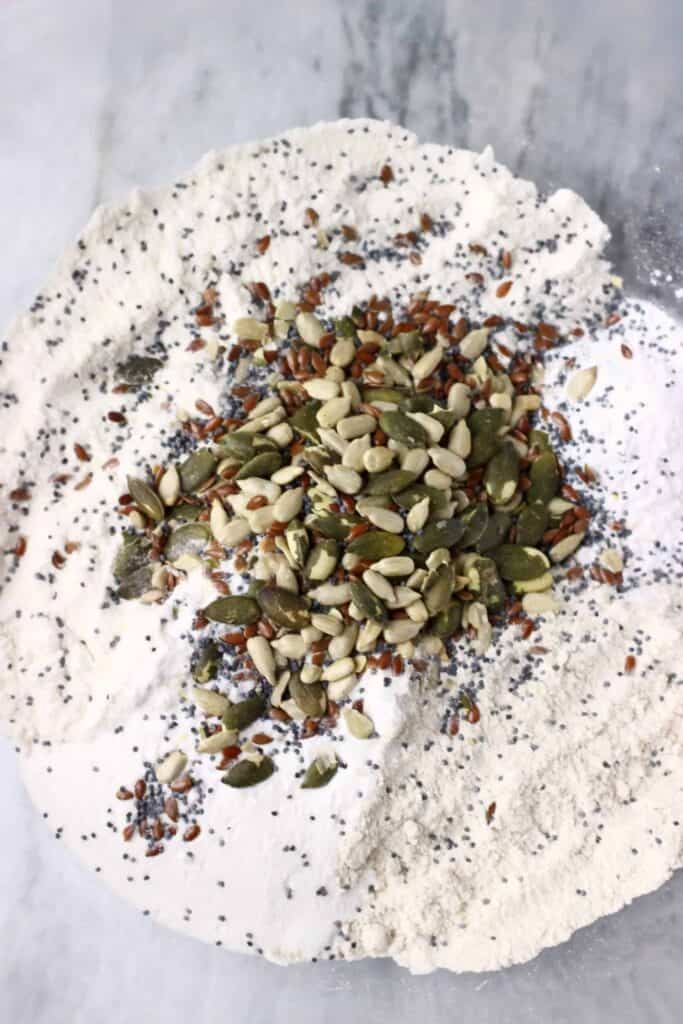 baking paper to make the bread easier to remove afterwards. 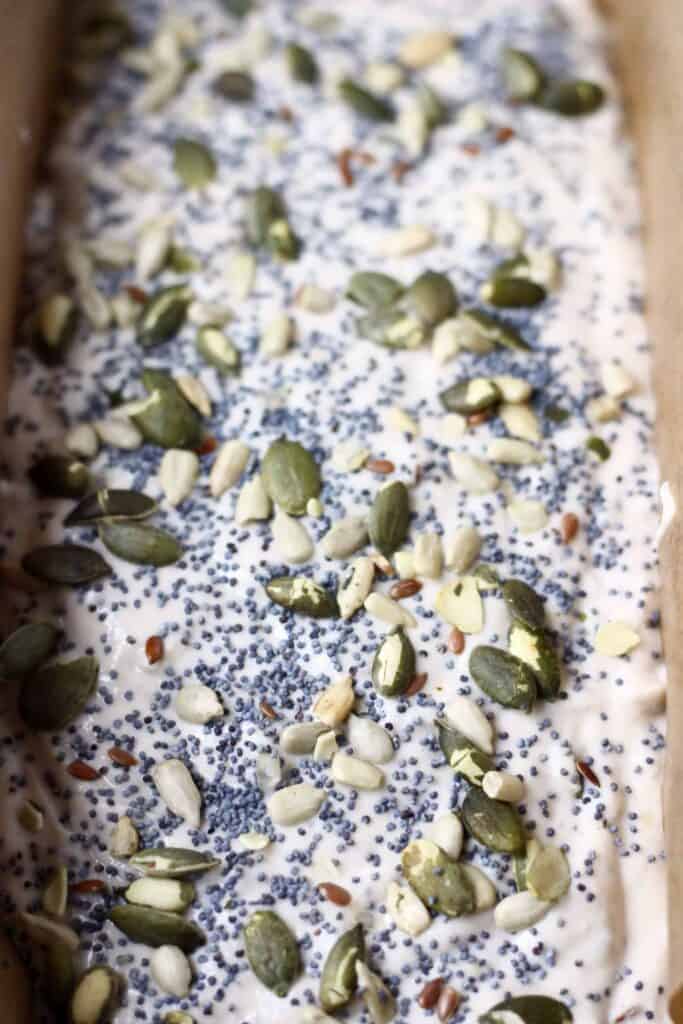 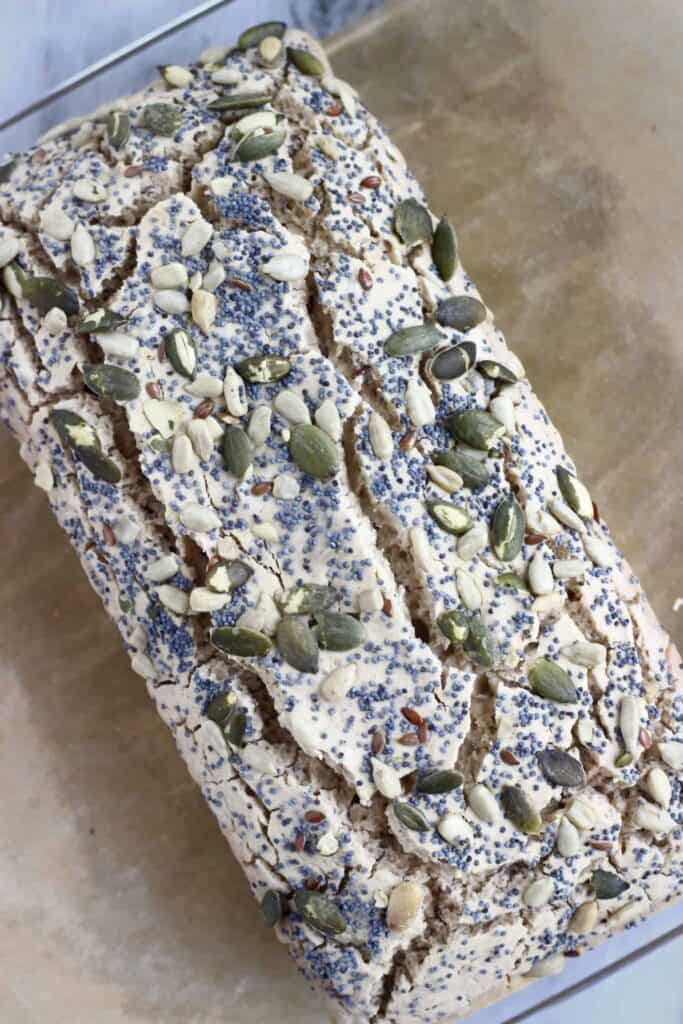 Substitutions you can make to this recipe 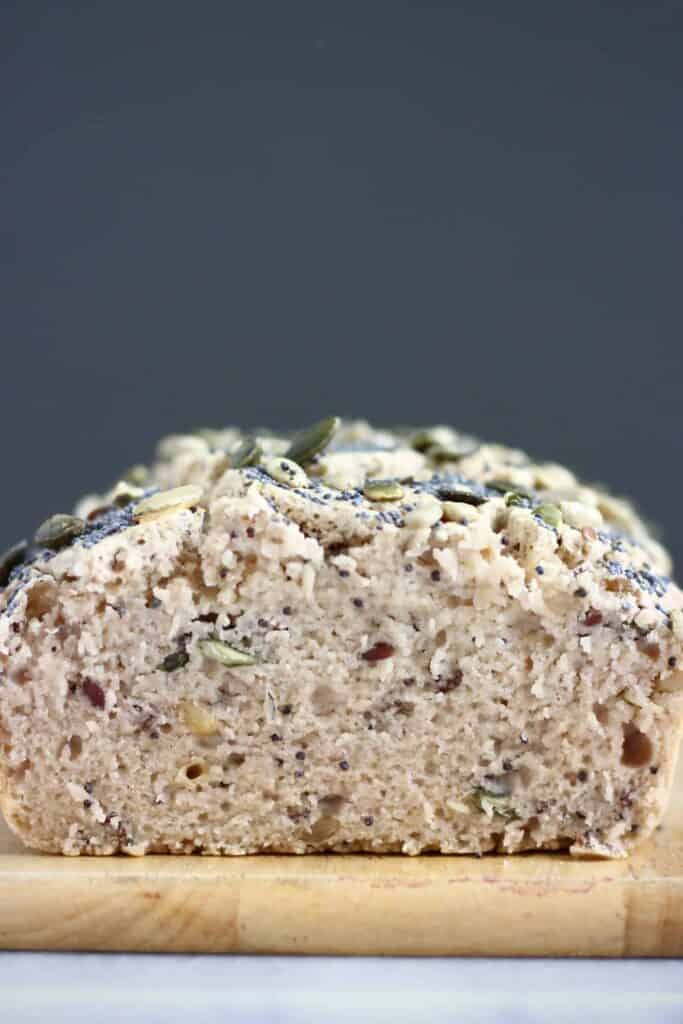 HOW LONG DOES THIS GLUTEN-FREE VEGAN SEEDED BUCKWHEAT BREAD KEEP FOR?

This Seeded Buckwheat Bread keeps well covered in the fridge for a good few days. If not eaten on the day it’s made, it’s best toasted before eating.

How to eat this bread

This Gluten-Free Vegan Seeded Buckwheat Bread is great for breakfast, sandwiches, toast, a snack or dessert, and can be topped with any of these sweet or savoury ingredients: 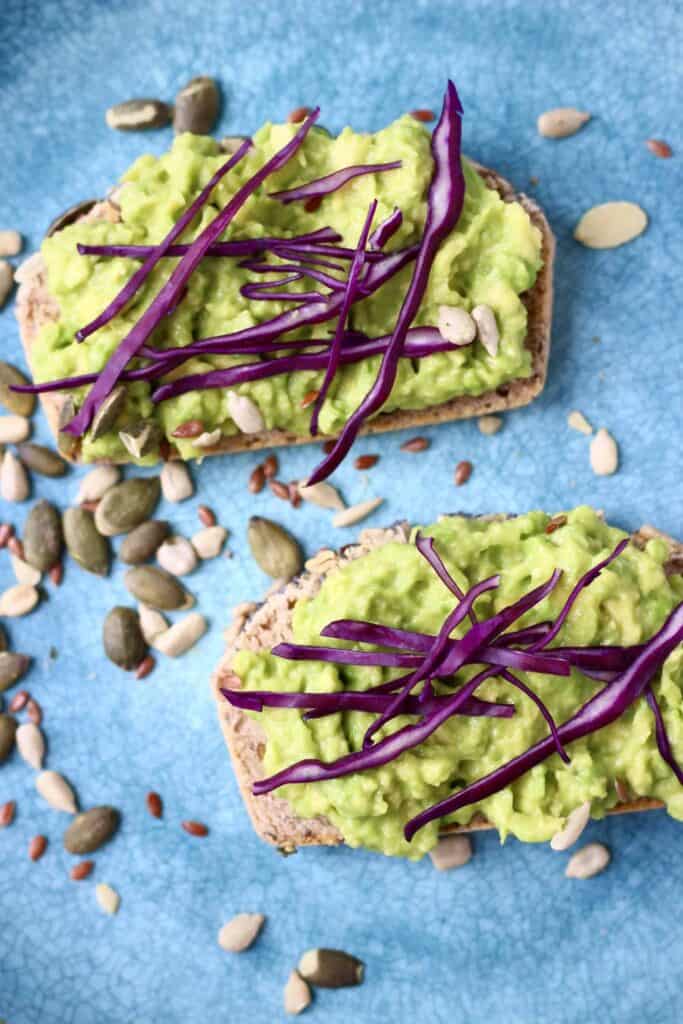 To see how to make this, watch the 30-second video here: 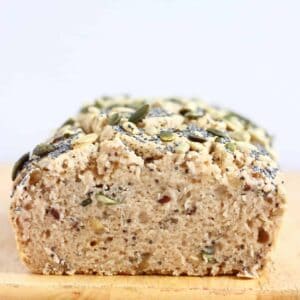 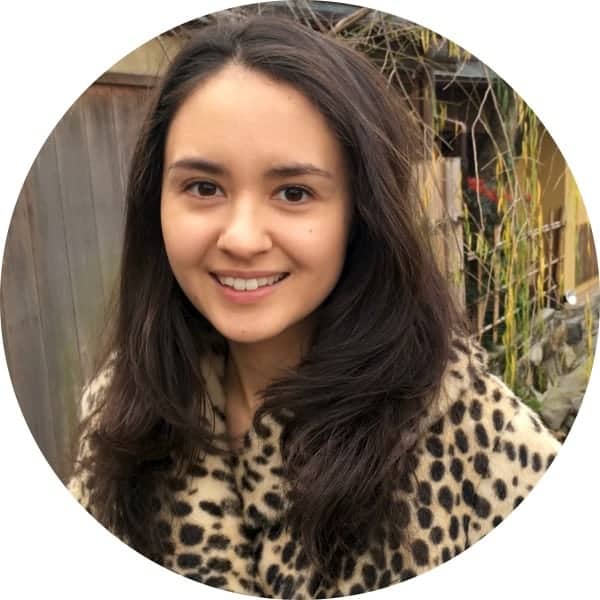 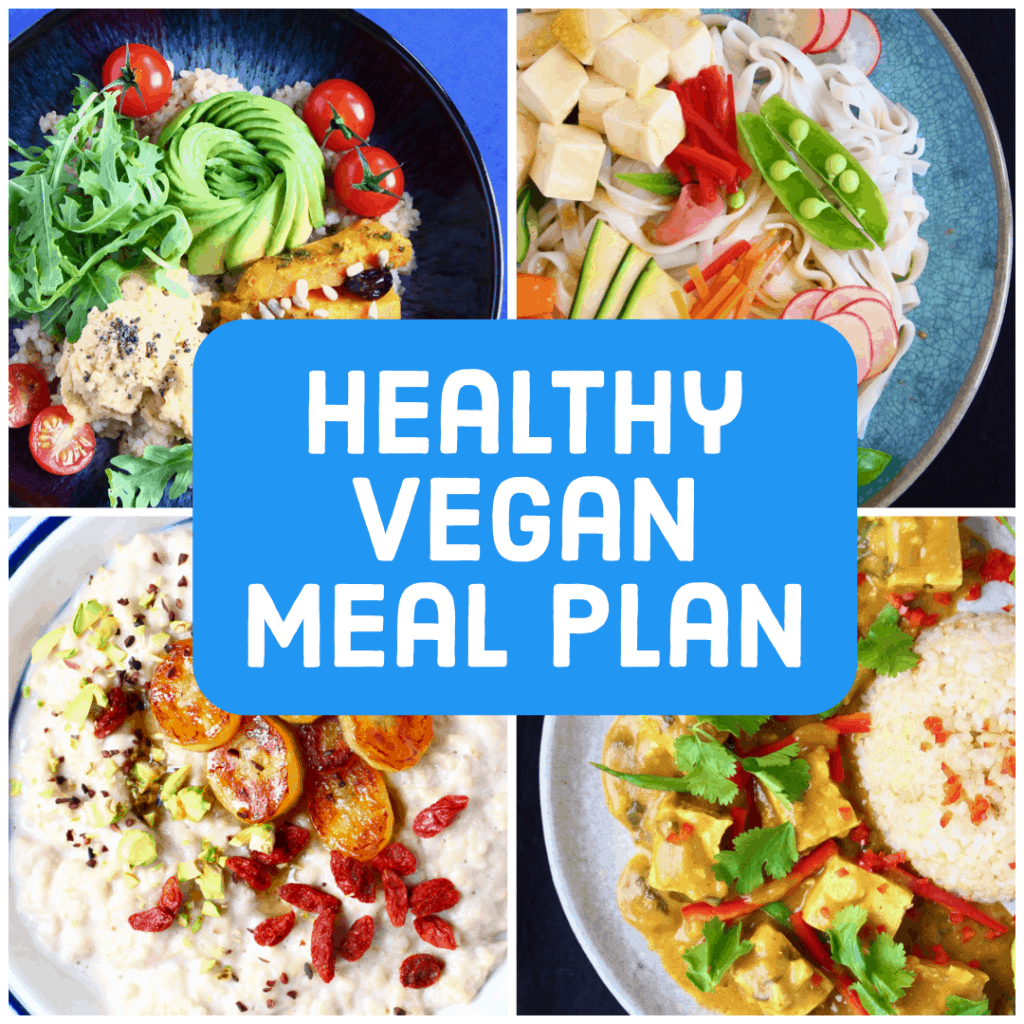 Get your FREE copy of my Healthy Vegan Meal PLan! 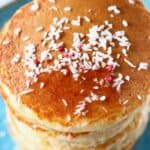 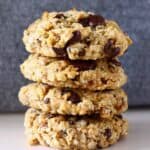 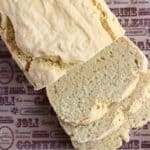 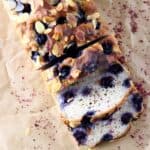 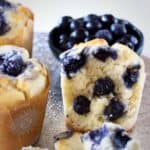 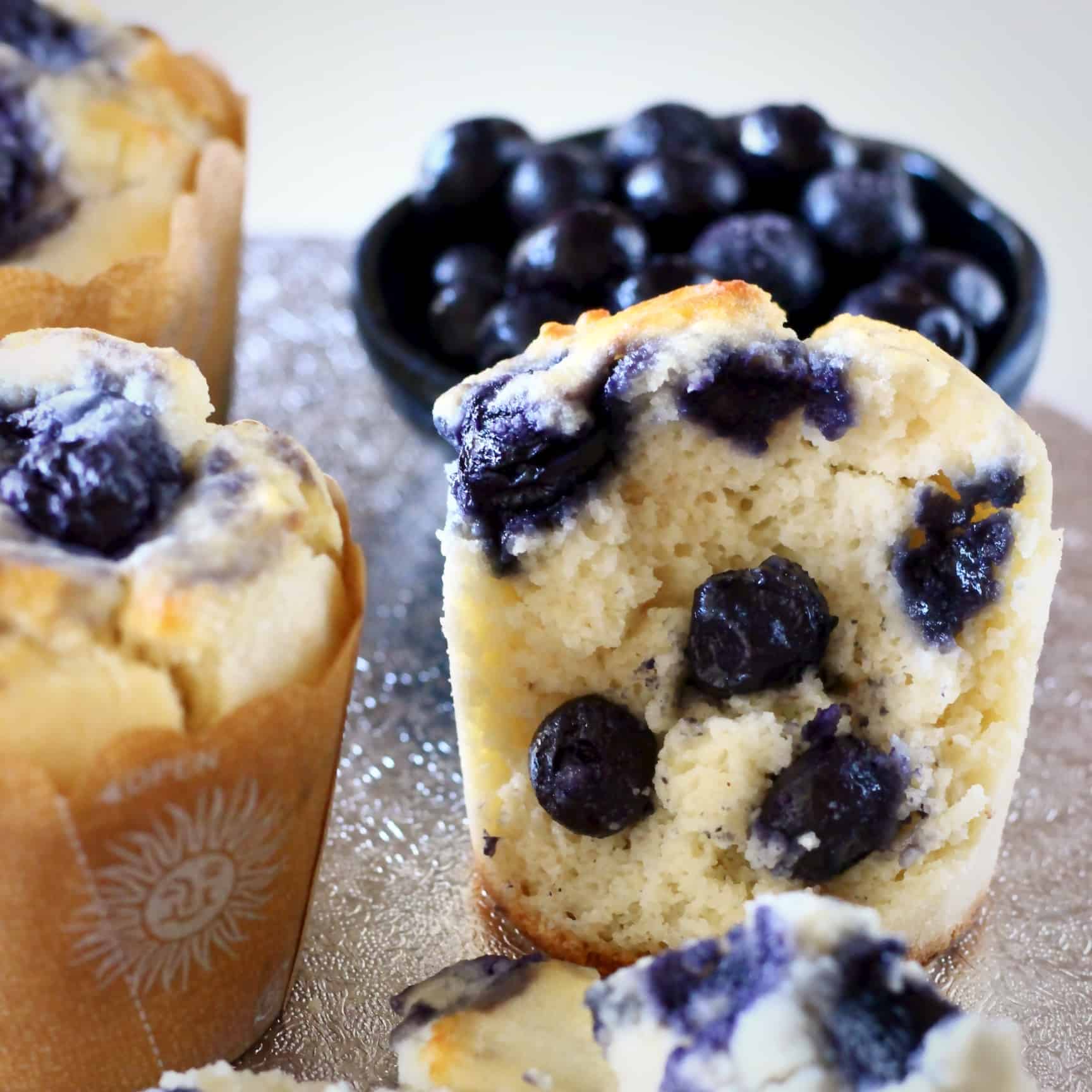 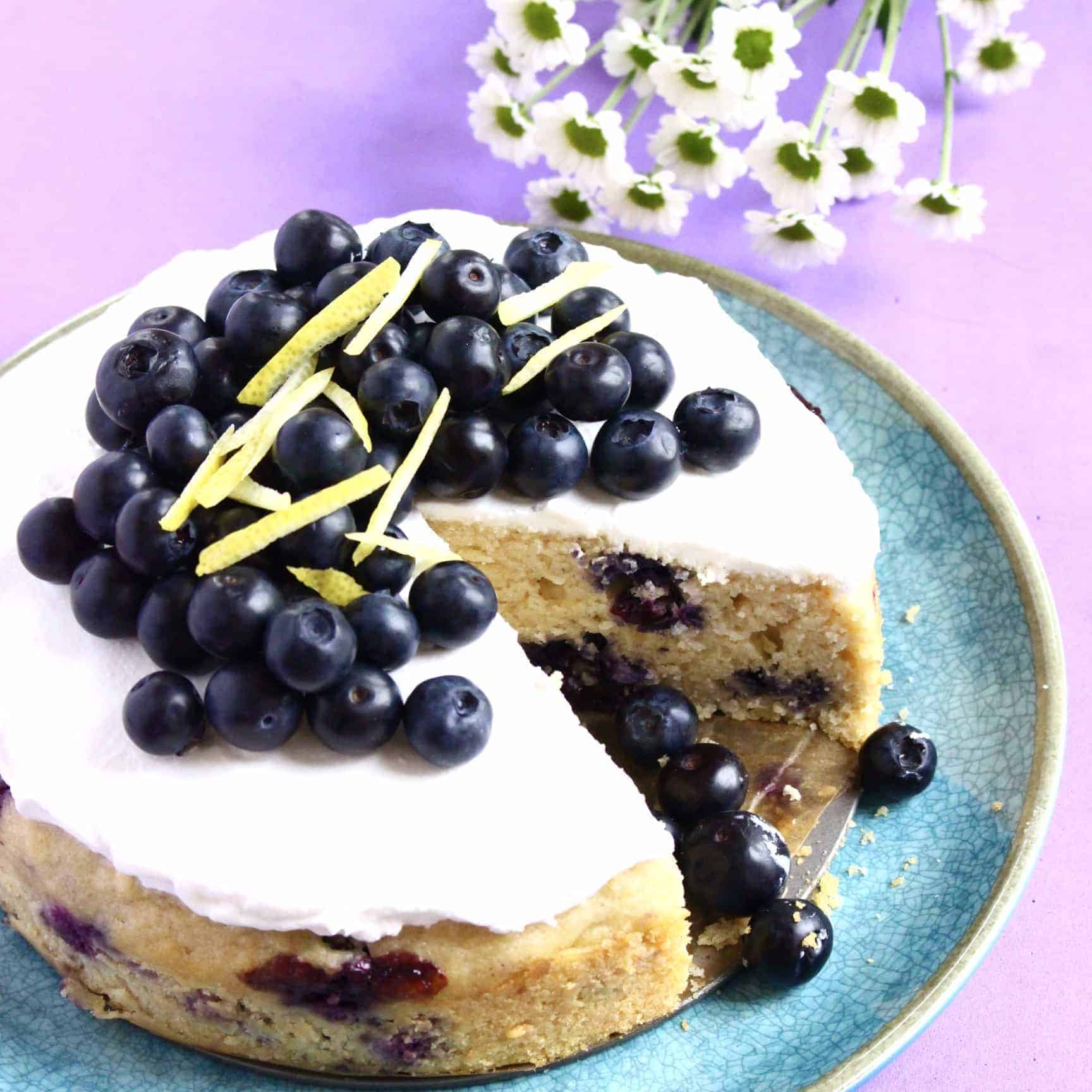